This was an event honoring Louis Vuitton and current head designer Nicholas Ghesquière. Unfortunately for Nick, the biggest takeaway was “WOW that’s ugly”…

Let’s take a deep breath and a palate cleansing look at Justin Theroux, because it’s all downhill from here…Goes without saying, everyone is wearing LV.

Laura is relatively new to the scene. She was in “Spiderman: Homecoming” and will be seen next in HBO’s new “Fahrenheit 451” adaptation. This is bad, but surprisingly far from the worst thing on the red carpet that night. None of these pieces belong together, and the pants in particular should never have been made.

Again, this is shockingly still not the worst of the bunch. The shoes are a heinous tribute to both thongs and socks, but the dress is shiny and manages a certain degree of slouchy charm.

This is where things start to go awry. What are those bizarre, intergalactic satellite dishes masquerading as sleeves? Did we need to reinvent the sleeve? I think it was doing just fine on it’s own.

Aaaand, we’ve gone off the rails. What even is this? It looks like a barely finished Project Runway challenge- the designer grabbed fabric swatches from Mood and crudely stapled them together into something vaguely reminiscent of a bodice. And the worst part, is it looks like there’s a nice germ of a dress under all that nonsense. Sigh. Jennifer has been a longtime LV devotee…and she might want to reconsider if this is the stuff they give her.

I like to think of this as “Sexy Mozart”. I mean, right?! 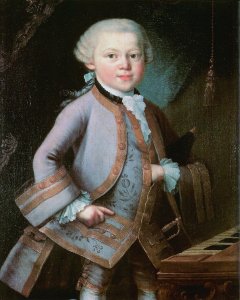 And then we have this: totally normal and serviceable. Not my favorite thing she;s worn or they’ve designed, but at least it doesn’t make a mockery of sleeves.

And then Nicole Kidman showed up and said “I don’t have time for this sleeve nonsense, give me something normal”. And she got it. Because she’s Nicole Kidman.